What is Fair Market Value? To appraisers, fair market value is a legal term and it gets defined by whatever court has jurisdiction. They aren’t all the same but it’s never how people routinely think of this phrase. It’s confusing even to people within the courts and doubly so for the general public.

The root of the term is from the old English word ‘faire’, meaning a public and open marketplace, like the Bay Market Makers Faire. Not the modern usage of ‘fair’, as in equitable or reasonable. The difference is important.

We all know there are several different marketplaces for everything and prices can vary by quite a bit from one to the next. Most courts, including the tax court, are interpreting it to mean that it’s a hypothetical transaction taking place involving a sale to the end user and in the ‘usual and customary marketplace’. What would a knowledgeable end user be expected to pay for the subject property in it’s present condition, in the usual marketplace, and under the usual conditions where people buy such things? This same rules hold whether you’re talking about diamonds, real estate, stocks, fine art, patent rights or anything else you can own.

Contrary to common assumption, Fair Market Value, FMV, is not estimating what you can expect get for it. That would usually be called resale, market, or liquidation value. With FMV you are usually assumed to be the buyer, not the seller. The difference can be large and terribly important in understanding the concept of ‘value’, especially as it applies to jewelry.

See § 1.170A-1(c)(2), (h)(1) and (2). Fair market value is the price at which property would change hands between a willing buyer and a willing seller, neither being under any compulsion to buy or sell, and each having a reasonable knowledge of relevant facts.

Furthermore, “Jewelry and gems are of such a specialized nature that it is almost always necessary to get an appraisal by a specialized jewelry appraiser. The appraisal should describe, among other things, the style of the jewelry, the cut and setting of the gem, and whether it is now in fashion. If not in fashion, the possibility of having the property redesigned, recut, or reset should be reported in the appraisal. The stone’s coloring, weight, cut, brilliance, and flaws should be reported and analyzed. Sentimental personal value has no effect on FMV. But if the jewelry was owned by a famous person, its value might increase.” Which is word-for-word from the www.irs.gov site.

The Value of a Custom Diamond Encrusted Skull

As a way of example, imagine a pendant made of heavy 14k gold in the form of a skull with big ruby eyes that blink when you move it, a movable jaw and diamond baguette teeth. It’s made of excellent materials, it’s beautifully crafted, and it’s hideous.

What’s this thing worth?

If you wanted one, the only way you would have any reasonable chance of getting it is to hire a custom jeweler to make it. Stores just don’t stock this sort of thing. Based on the design and craftsmanship, you would need to hire a darned good jeweler to make it. Chances are good that you’re going to have to pay a bundle, this is not an easy job, and it’s going to cost you thousands of dollars just for the labor. He may even charge you extra because it’s ugly. Quite reasonably, she doesn’t want to get burned when you figure that out and refuse to pay. Your bad taste isn’t her fault, she made what you asked for. Figure $6000 for the piece. That may be fair, but it’s definitely not fair market value.

Now imagine that you have inherited this thing and you want to sell it. Grandma had it and she loved it. She bought it on the TV and paid $2500 for it. That’s pretty big money and you’d rather have the cash thank you very much. Your sale is going to be tough, as I’m sure you can imagine. There’s probably some Rap star out there who would like it but you don’t know their phone number and neither does your jeweler.

Shop it around to the various buyers of such things and your bids are probably going to be based on the scrap value of the gold. The stones will add little or nothing because of the labor required to get them out intact and the damage risk in the process. You’ll see a few hundred dollars. If they buy it they’ll scrap it out to the refinery along with an assortment of other junk and make a margin on the flip. As with the above, that’s perhaps fair, but it’s not fair market value.

Let’s now assume that some jeweler somewhere is manufacturing these things and it’s currently in production. It fits his/her customers taste and they’ve got a mold for the parts, practice in putting it together, and occasionally sells one new for $4000. They made a special deal with the TV folks a few years ago to buy 100 of them for a discount and that’s how Grandma ended up with it for less. They aren’t flying out of the showcase but they’re moving enough of them to keep it in the catalog. $4000 may seem fair because it’s a copyrighted piece and they’re the only ones who have that mold. That’s the only place you can get a new one so it seems like the only market choice but it’s a trick question.

Chances are good that you couldn’t get a used one there even if you somehow found the store so this is not only not the usual market, it’s not even a possible market (this is an important assumption, it changes things if the jeweler does, in fact, buy and sell secondhand goods). As with the above, $4000 may be fair, but it’s still not Fair Market Value.

To get to fair market value you need to decide what the ‘usual and customary’ market for the thing is, in this case, a secondhand ugly skull pendant made of gold and gems. Where would you look for such an item? Pawnshop maybe? An auction house perhaps if it’s cool enough or if the designer has a recognized name. This is pretty far out on the fringe. Maybe it’s that designer from the previous paragraph. My gut feeling is a pawnshop is the right place for it but this would take a bit of research into the specific piece. Research into this is part of a good appraisal process and is beyond the scope of this article but let’s assume the pawnshop.

They’re going to put a price tag on it and wait for someone to come in who likes it. Then they’ll then start to negotiate. They may tell you: “Regularly it’s $3000 and appraised for $6,000, but we’ll sell it today for only $1500!” Maybe they’ll get it and maybe they won’t. That’s what the salespeople are for. If you can reasonably expect that this is what it’ll go for, THAT’S the FMV (willing buyer –- willing seller, no compulsion, reasonable knowledge, current condition, appropriate marketplace). Remember, it’s not the number on the price tag, it’s the number on the check that counts.

FMV is closer to what a pawnshop is expecting to sell it for to the next customer, not what they’ll pay you or even what they’re showing on the tag. They’re going to want to buy it cheaply because; a) they’re a pawnshop; b) it’s ugly, and c) they can. Since they’re not the end user, the sale to them isn’t the one that counts and they can ASK whatever they want. That’s not the same as getting it.

What is it worth? What is Fair Market Value? 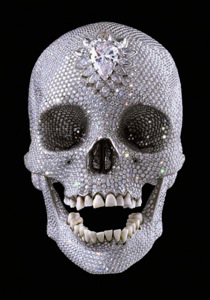 Do you need a Professional Jewelry Appraiser?

The American Gem Registry is Colorado’s oldest AGS Independent Certified Gemologist Appraiser, provides a long list of services in the Denver area and beyond.:

If you have any questions, please call during my normal business hours at the number below. Or, you can schedule your Jewelry Appraisal Appointment today!