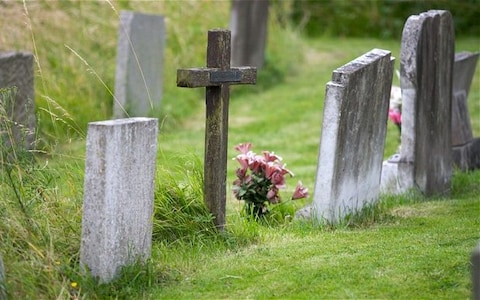 “Dead people’s ashes cannot be exhumed to make jewelry, a church court has ruled, after a grieving widow wished to extract a teaspoonful of her late husband’s in order to create a ring.

In one of the more bizarre cases heard before the Church of England’s Consistory Court, a widow pleaded with a judge to allow the exhumation of the ashes of her husband, a “good man” who died 16 years ago shortly after the family moved into their “dream home”.

This was in order to use them to create a gemstone “tribute ring” made of ashes mixed with coloured glass crystals as a “memento” for her daughter.

However despite the pleas from the family – none of whom have been identified in court documents -, the Church of England refused permission for the requested exhumation.

The man died an “untimely death” at the age of 38 leaving behind a son of 14 and a daughter of seven. His ashes were buried in a Yorkshire cemetery.”

Read the entire article from The Telegraph.

We support both buyers and sellers of diamonds, gemstones, and jewelry with independent, accurate, USEFUL information.